Some may remember that I blew the charging system while departing the RV Park I was resident in. The right rear jack was buried and engine running and I exercise the Jack quite a bit.

As I got on the road I noticed that the blinkers weren't working. Also the rear brake lights and radio... I had to move Marvin about 25 miles. About 3/4 way there I noticed the analog ammeter needle on the dash was reading about 11V. I realized I may have blown the alternator. Thankfully there was enough battery juice to make it to the next stop.

Today I dug into it. First I found 3 blown fuses on the engine bay panel - 2 X 30 amp and 1 X10 amp. I located the isolator and fired the engine up.

I pulled the plug on the alternator and I was getting a little over 3V on the field. I also ran the "Alternator Check" with my battery charger. It came out with code ALT instead of Good so I called it the alternator is bad.

Now one can't just run to the Autozone and get an alternator for this thing. Thank goodness for RockAuto. Not only do they have all the alternators listed for the P30 chassis, they also have pictures. I am pretty sure I ordered the right one.

As a side note I had all the wires off the isolator - All the POs had at one time or another bodged stuff to the posts and it is still a rats nest of 12-18 gauge wires. At least I know the isolator solenoid works. The next step is to figure out why the emergency start button does not.

Getting the alternator out was a trick - there are 4-bolts and a spring tensioner of the serpentine belt. We had all the bolts out but it would not budge so I started with a Mk2 persuader and got it to move a little so I knew we were on the right track - I got a 3 foot breaker bar and using it as a punch my kid and I hammered "persuasively" on all sides including from the front over the radiator. Still not much joy.

I finally got the 3 foot bar between the back of the alternator and the head and with a medium of prying it came up. Having never changed this alternator I was not sure how it mounted - It sits wedged in a bracket that has bushings. It had all frozen together rock solid... Still a good outcome.

The proof will be in the pudding when the new alternator gets here... 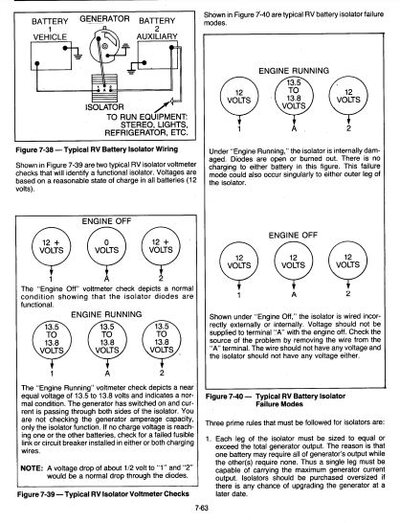 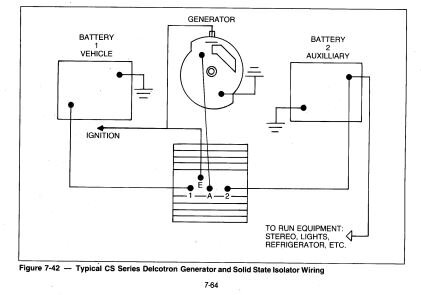 Ex-Calif said:
I noticed the analog ammeter needle on the dash was reading about 11V
Click to expand...

An analog ammeter that reads volts?

Ammeter on the dash...showing your age, Bud.
You must log in or register to reply here.