The friendliest place on the web for anyone with an RV or an interest in RVing!
If you have answers, please help by responding to the unanswered posts.
See posts with no answers
Z

Waving at you. Ain't this fun?

Location
On the road from mid NH

Larry N. said:
Actually, you can run the generator, therefore the A/C, as long as you like, when you are in a place with no timing restrictions. A few years back I was at Oshkosh (the big EAA convention in Wisconsin) and camped in their camp (no hookups, in a generator permitted 24 hours area) and ran the genny for something over 72 hours straight, because we needed the air conditioning. That wasn't the first time, either.

The generators in class A rigs are designed to do exactly that, and a device such as the Gen-Turi hooks to the generator's exhaust to direct it upward and get it away from being a problem for you or for others.


While this can be a problem, it is fortunately very rare, so long as you're careful where you turn -- you learn quickly. I've had this problem perhaps four or five times in the 10+ years I've been towing a toad with a class A.


You lose a little, but not much, and not nearly as much as in a class C. You lose so little because the driver and "co-pilot" seats swivel around to become part of your living room furniture. And you gain storage space over most trailers I've seen of similar length, as well as having a built-in generator rather than having to either do without or to buy some form of portable (and to manage fuel, as well).


A rig like mine comes with 8 batteries and can easily boondock for a week just by running the genny a couple of hours in the morning and again in the evening. But if you are going to do a LOT of boondocking then adding solar to something like my Ventana would be very beneficial and, depending on what you added, might drastically reduce or (mostly) eliminate running the genny, unless you need A/C.


In most cases a spotter is needed (IMO) as much (or as little) with a motorhome as with a trailer. You can soon learn to back a trailer, with a bit of practice, and backing a motorhome isn't necessarily a piece of cake just because it's one piece (you DO need to unhook a toad before backing). It still is taller, wider and longer than you're used to, and can surprise you with the path it requires to back in to an area (or to turn a corner on a tight corner of a road, for that matter)

If you passed your CDL, then either way will come quickly, with some practice, probably in a large, empty parking lot, perhaps with some orange cones to mark parking places or obstacles to practice with.

We are picking up our 35’ 5th wheel in the morning. First stop is the Walmart just down the road to calibrate turning, backing and setting the mirrors. I had a CDL for years but it has been a while. The thing I think I need to adjust to is the trailer axels being closer to the middle of the trailer vs near the back on a dry van. I want to be aware of the rear end swing.
Z

Rob&Deryl said:
We are picking up our 35’ 5th wheel in the morning.
Click to expand...

Is it this one? 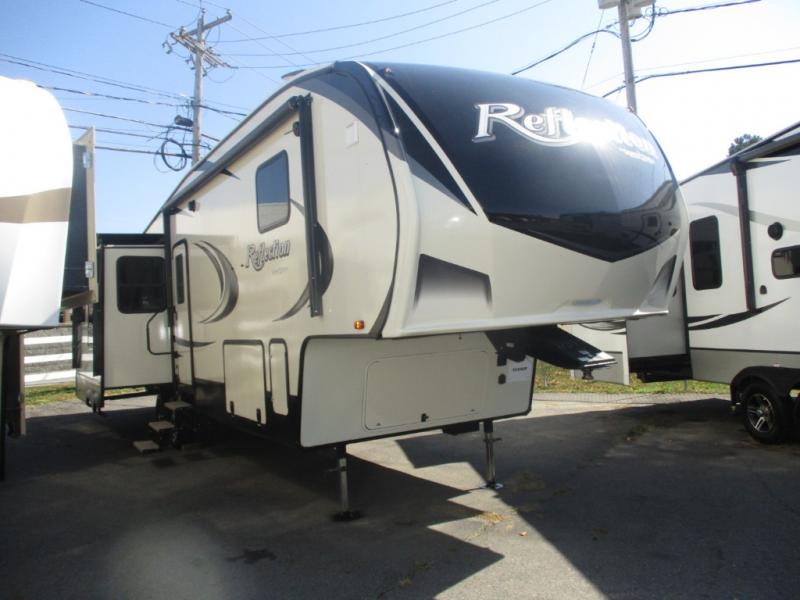 Interested in viewing this RV in person? To help us ensure the best possible service and safety precautions, please call us to set up an appointment. Grand Design Reflection 337RLS fifth wheel...

Larry N. said:
Dan, perhaps I'm misunderstanding your comment, but to me "boondocking" and "dry camping" and "no hookups" essentially mean the same thing, so the generator works well. If noise (other than quiet hours overnight) is a problem, then you need hookups, but that wouldn't be a location I'd choose for boondocking, and I'd think it would be something like "city stealth" or something.
Click to expand...

No we are saying the same thing.

My assumption was running high power items without a generator - i.e. picking a RV type with no on-board generator. A class A will almost assuredly have an on-board genny and one can also carry a genny (space permitting)

The idea to run an A/C on batteries was what I initially was addressing not really knowing if this was the OP intention.

Location
On the road from mid NH

ziplock said:
Is it this one?

Interested in viewing this RV in person? To help us ensure the best possible service and safety precautions, please call us to set up an appointment. Grand Design Reflection 337RLS fifth wheel...

Not that one but one just like it. Bought from private seller in Potsdam NY.

hi,
The opinion expressed on Thor seems pretty close to what I've usually heard! But I don't have personal experience with one. I do have extensive experience with the Win 34y listed below towing a Jeep Rubicon. Frankly, it seems perfect for what you want. I'll hit a few high points:
a. Size. Thirty four feet with three large slides. Lots of storage and equipped as you state.
b. Diesel w/diesel generator and 90 gallon tank. Easily good for two weeks including running the generator two to four hours a day.
c. Full size bath and combo washer/dryer with water for easily two weeks of toilet service and sponge baths. Might squeeze in one load of laundry.
d. Table or chair easily adapted to use as an office setup (I use the chair with computers within easy reach including one mounted to swing into position for use. Tows the Jeep easily and the Jeep is suited for exploring or running trails.
The down side may be cost (I paid low six figures with 4,000 miles on mine). I'd expect to pay around $125-150k for a two to four year old similar unit).
I'll also note that adequate internet will not be found at campgrounds. You will need to establish at least one, preferably two telephone hot spots and still will find some challenges in service availability.
I hopesome of this helps,

A shortest Freightliner based Super C would be the Dynamax Europa 31SS. There are shorter diesel units like the Dynamax Isata 5 28SS, 30FW, and 34 DS on the RAM 5500 chassis with the Cummins 6.7L.

Also, the Tiffin Breeze Class A has been on the market since around 2011. Originally with the International MaxxForce 7, then the Cummins ISV 5.0 and now the Cummins B6.7.

We currently own a 2017 Breeze with the ISV 5.0. Drawback, IMO, to the older units is that they have Drum brakes and take a year (I exaggerate) to spool up. Also, 2017, again in my experience, wasn't a good model year for Tiffin. Or maybe our unit was built only on the Fridays that were the 13th of the month.

We are currently evaluating our options into moving into a Super C. Despite it probably being a COVID Coach.

Did you find an RV yet?
You must log in or register to reply here.