What is your favorite fast food restaurant?

DonTom said:
Whatever happened to beef ribs? They used to be very common and now we cannot even find them at BBQ places (or very rarely).

Before the pandemic my sister and I would visit the buffet at the Indian casino near her house. We'd each have a couple of their very good beef ribs as part of our meal, wrap the bones in napkins and take them home for her puppies to gnaw on.

Lou Schneider said:
Before the pandemic my sister and I would visit the buffet at the Indian casino near her house. We'd each have a couple of their very good beef ribs as part of our meal, wrap the bones in napkins and take them home for her puppies to gnaw on.
Click to expand...

Where was that at? Which Indian Casino and do they no longer have the beef ribs, just like so many other places? Tom & I used to do the same for our doggies, but now that I am alone, I find it more convenient to not have any doggies.

How is your weather there.
Maybe there are some ribs in the hood.
What is your next destination?

My thread, I can divert when I want
L

DonTom said:
Where was that at? Which Indian Casino and do they no longer have the beef ribs, just like so many other places?
Click to expand...

Chuckchansi Gold Resort and Casino on Hwy 41 in Coarsegold, CA across from the Escapees' Park of the Sierras co-op. The buffet closed at the start of the pandemic, it's now a Mexican restaurant.

ziplock said:
How is your weather there.
Maybe there are some ribs in the hood.
What is your next destination?
Click to expand...

I want to stop somewhere before El Paso, so it won't be dark. I will deal with El Paso in the morning and then get all the way out of Texas.

Anyone for Culver’s? Good sandwich and a reason for a sundae too.
Z

someone else mentioned that place. We don't have them near me.

winona said:
Anyone for Culver’s? Good sandwich and a reason for a sundae too.
Click to expand...

TheBar said:
Beef ribs are among my favorites too. I only see them in cow country like OK and TX. I like the foot long ribs, not short ribs.

Really good tender sliced brisket is also hard to find. Mostly chopped which are the cut table leftovers (or swept off the floor) or sliced brisket which might be shoe leather. I tried it at a BBQ joint voted the best in MS. They took Obama there when he was in MS. I couldn't cut it with a sharp knife. I know cooks vary but a good restaurant manager will have someone responsible in charge at all times.
Click to expand...

If you're ever around Cottonwood Arizona stop by the Colt Grill in old town Cottonwood. The brisket will melt in you mouth.

DonTom said:
I will deal with El Paso in the morning

Wasn't that a country song?

McDonalds is making some menu hacks available by name starting next Monday. 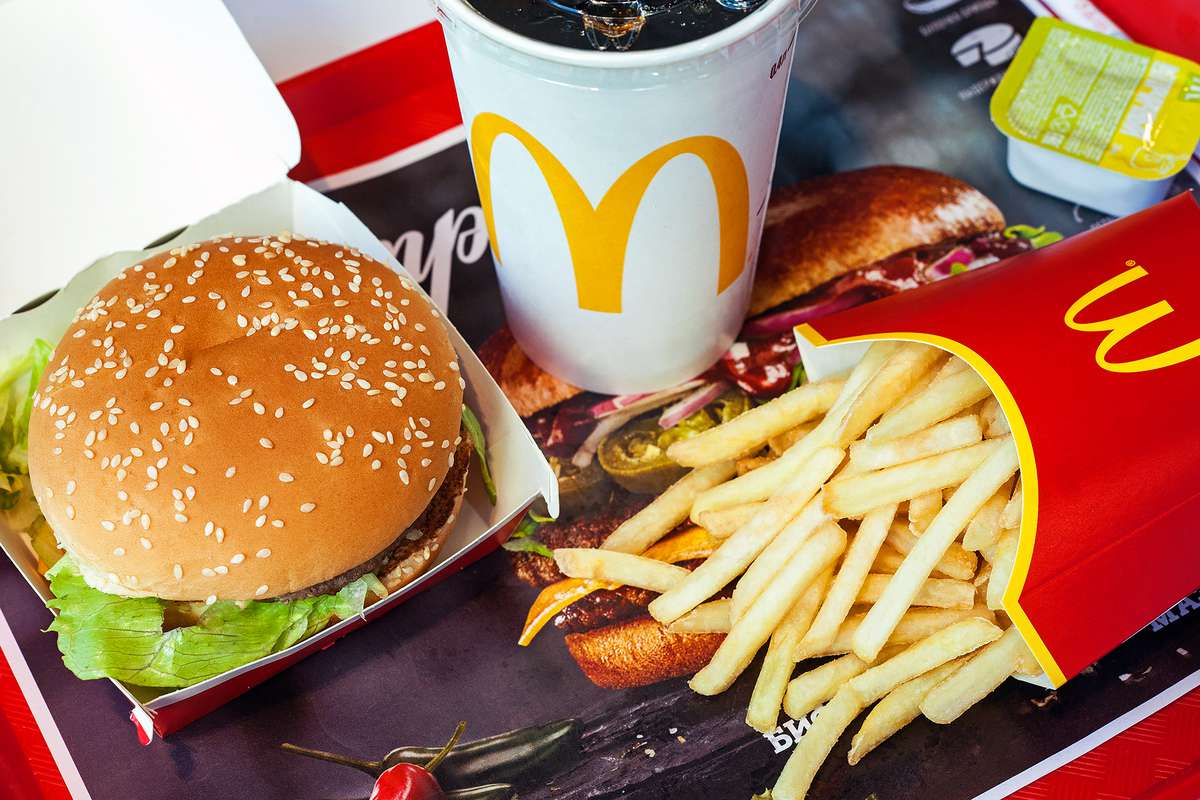 McDonald's Wants You to 'Hack' Your Order with a 'Surf + Turf' Cheeseburgers and 'Land, Air, & Sea' Big Mac

Four "new" fan-inspired sandwich mashup options will be available in restaurants or through the app starting on January 31.

ziplock said:
What is your next destination?
Click to expand...

I am now about 200 miles east of El Paso at a rest stop. I figure this will be just right so I can get to El Paso in the middle of the day well away from rush hours.

Isaac-1 did a great job of explaining how to avoid the other large cities in Texas (Houston, San Antonio). But I don't think there is any reasonable way to avoid El Paso on the way to Tucson. Besides, El Paso isn't that large, but it has grown quite a bit since the first time I was there (1971 on my then new BMW motorcycle, which I still own).

Wasn't that a country song?

ziplock said:
I looked that up and found this article.

I think they did, but I have a FB friend who lives in Marianna, I'll ask her. She and her parents bought BBQ at Jones and brought it to our campsite when we were there one time. It was awesome.

DonTom said:
Sounds like a good reason for me to take a motorcycle ride down there this spring or summer.

In the larger cities is where it has been difficult to buy cooked beef ribs from a BBQ place or any other restaurant. --for many years now.

Used to be easy, (more than 20 years ago) so I wonder what changed. What are they now doing with the beef ribs that make them so rare in restaurants in the more populated places? They used to be everywhere.

I'll be in residence at French Camp campground on Rock Creek Lake Rd, near Tom's Place after sometime in late March. Space 25 1/2(it's kind of a joke).
Stop by and I'll buy you a cup of Italian Roast, straight out of my Keurig at 140°. Heck, I'll even follow you to town for some ribs, or we can take the Jeep.

Alaskansnowbirds said:
If you're ever around Cottonwood Arizona stop by the Colt Grill in old town Cottonwood. The brisket will melt in you mouth.
Click to expand...

Wow, we didn't see that one when we were there. We ended up at Hog Wild. Used them for an employee appreciation dinner, and most people thought it was pretty good. I ended up freezing some of the pulled pork because I bought too much, and it was even good after that.
C

It's easy to order ahead on the app, the parking lots are usually big enough for our motorhome, and if you order the extra big plates it's usually enough for two meals.

Also if you get the veggies it can be a fairly healthy option.
M

I am not averse to fast food but any more I'd just as soon skip it than yell into a box to someone that doesn't want to be there to give me something I don't really like. I tend to gravitate to hole in the wall/mom & pop places for unique or traditional/old school stuff. When travelling, whether by car or RV we'll usually cruise surface streets along the way in search of such places and as long as it's not a chain, it gets the nod. It's rare we're disappointed and it becomes a memory rather than just a gut bomb.

There's a place just north of Milwaukee by the Koss headphone plant off I-43 called Solly's. Been there since before WWII, my mom went there when she was a kid in the 40's and it's still the same. Their schtick is a butter burger but even more so than the ones you get at Culver's. The bricks of butter are stacked up next to the grill and it's copiously dished out to fry the burger, onions and toast the bun. Then in a final act of cholesterol mockery, a spatula is used to put a giant blob on the burger as the bun is applied, and it's deposited in front of you in all it's oozing glory. Have napkins handy. That, a small order of fries and a locally brewed Sprecher root beer rounds out the raw carb, protein and starch cardiac assault. From there we go to Sprecher Brewery a couple blocks away and stock up on a few cases of beer and gourmet soda that's world class.

Old_Crow said:
Stop by and I'll buy you a cup of Italian Roast, straight out of my Keurig at 140°. Heck, I'll even follow you to town for some ribs, or we can take the Jeep.
Click to expand...

I won't be able to resist that offer! See you in the springtime!

BTW, I find this to be a great way to do RVing. Just drive around the country to meet others at various locations we would probably never see otherwise.

I lost count how many I met on this trip. Not just from this forum, but also motorcycle forums and ham radio operators I have never met before.

My buddy did that for several years, except his mission was to see all his relatives around the country (he has a LOT). They'd set up a route to stay in various relative's driveways for a day or two at a time, with stops inbetween at various parks and campgrounds. In doing so they discovered the spot they wanted to land when they were done with the "kin tour" so it checked a lot of different family and travel boxes.