I am writing for some insurance advice, but first some background:

While I go to my RV at least every week or two, a rat managed to invade my basement in that interval chewed a few wires. I noticed a few droppings and some acorns that were brought in. Then I noticed that my battery monitor wasn't functioning. Upon closer inspection I found that the wires were chewed. Then I found that the coach isolation relay didn't work. Upon pulling the cover for my relay compartment I found a couple more wires that had been chewed on as well as a 3" segment of wire that had the wire code corresponding to the front left slideout motor.

I set a trap and caught one very large rat the very next day. While I got my vengeance on him/her I am now dealing with the repair. My local shop told me that rodent infestation is often covered, so I filed a claim with my Good Sam policy, which I thought covered everything. I even had coverage for "open perils" which I understood to be everything that isn't specifically named.

They sent an adjuster to look at the damage, which I took as a good sign to indicate that I did, indeed, have coverage. Instead, I was informed that this was not covered since it was in storage and that rodent damage for RVs left for 3 months or longer were excluded from coverage. I called to correct this, telling them that I occupy this at least every other week for maintenance and other use.

Next, they told me that it was not a named peril. They listed the named perils which didn't include rodent damage. I had understood that open peril coverage is specifically to cover those things that aren't specifically named, but they seem to interpret this differently.

Then then they pointed to a clause that said that "Loss" was only for things that were sudden, direct and accidental and that rodent damage did not qualify as Loss.

So here is my question - for those of you who have successfully collected insurance for rodent damage:

1. Who was your insurance company?
2. Under what category was this coverage provided? (comprehensive, unnamed peril, other)?

My service provider told me that Good Sam was recently purchased by Allstate and that claims are being handled differently than in the past. They said that State Farm is now also walking away from their rodent infestation coverage. Perhaps there is still someone else who has insurance for such things. If so, I am all ears.

About 15 years ago I had a rat chew the wires to our motorhome's fuel pump. The insurance did cover it and the policy was from National General, through AIS insurance agency.

If your policy coverage states "open peril", I think you have a good case, but once the insurer takes a "not covered" stance it's hard to get them to budge short of getting an attorney involved. It's "comprehensive" coverage, i.e. "other than collision". Read the exclusions carefully and be prepared to document why the exclusions should not apply to your situation. Rodent damage is not really long term, though also not as "sudden" as a tree falling on it or a fire.

A friend had rodent damage to his truck engine wiring for a vehicle he leaves parked at his second home. It was covered even though he actually stays in that home only every 8-10 weeks. The vehicle has current tags and was considered to be in active use, even though intermittent. Sorry, I don't know the insurer name or his policy specifics.
Last edited: Jan 12, 2022

I had my attorney daughter review the language of the policy. She knows insurance law better than many attorneys. Her finding was that the definition of Loss applied to all aspects of the policy and was clear that damage had to be sudden and accidental. On other words I have no chance to collect. That said, I sure would like this coverage going forward.
G

Your daughter is correct. A comprehensive claim requires a sudden and accidental occurrence. Some may also exclude damage caused by gradual deterioration.

While it may not be excluded by your RV insurance, most Homeowner policies contain an exclusion for loss caused by insects, vermin and the like. However insect damage or damage caused by vermin is not a sudden and accidental occurrence.

It seems insurance companies are doing more and more to not pay claims. My college age son was in a car accident on his way to class this morning, someone pulled out of a parking lot and T-boned the side of his car, he is ok, car still drives, but all passenger side body panels are damaged and side glass broken out. His insurance company is saying he does not have coverage because he only has liability and uninsured motorist, not comprehensive. The kicker here is the police are categorizing it as a hit and run, as the driver of the other car fled the scene on foot, left the car sitting there running, even left their cell phone in the car, ...

Of course at this point we have no way to know if the other car is insured or not (1990's? Jeep SUV, police impounded it)...

About 15 years ago I had a rat chew the wires to our motorhome's fuel pump. The insurance did cover it and the policy was from National General, through AIS insurance agency.
Click to expand...

It seems that National General used to cover this type of loss, but now do not. I would think that rodent damage in the past was no more sudden and accidental than it is now, so perhaps they changed the definition of “Loss” recently, or now interpret this differently.

JoelP said:
In other words I have no chance to collect. That said, I sure would like this coverage going forward.
Click to expand... 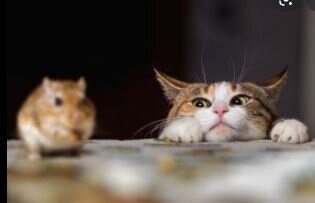 I have never heard of anyone who wasn’t a full timer skirting their RV. Seems like a big hassle. What I have been doing is looking for possible entry points to plug and am putting Bounce sheets in those places where they could do wiring damage. I had read that they are not fond of the odor of Bounce sheets.

JoelP said:
I had read that they are not fond of the odor of Bounce sheets.
Click to expand...

I had read the same thing but a few years ago I found most of them missing from our stored RV and later located them as part of a mouse nest that had babies in it.

On the insurance issue, it was a different situation in that our RV was in use at the time of the damage as we were fulltime and hosting in a COE campground.

How sad for the insurance policy to live in an RV in storage. Couldn’t do that.

Kirk said:
I had read the same thing but a few years ago I found most of them missing from our stored RV and later located them as part of a mouse nest that had babies in it.
Click to expand...

I heard a story of some guy who found a mouse nest in his RV made out of dryer sheets built right next to a bar of Irish Spring.

Old_Crow said:
I heard a story of some guy who found a mouse nest in his RV made out of dryer sheets built right next to a bar of Irish Spring.
Click to expand...

The problem with rodent deterrents is the little critters get used to the odor. They may work for a while, but nothing is foolproof except traps. Then you would have to keep checking the traps.
You must log in or register to reply here.